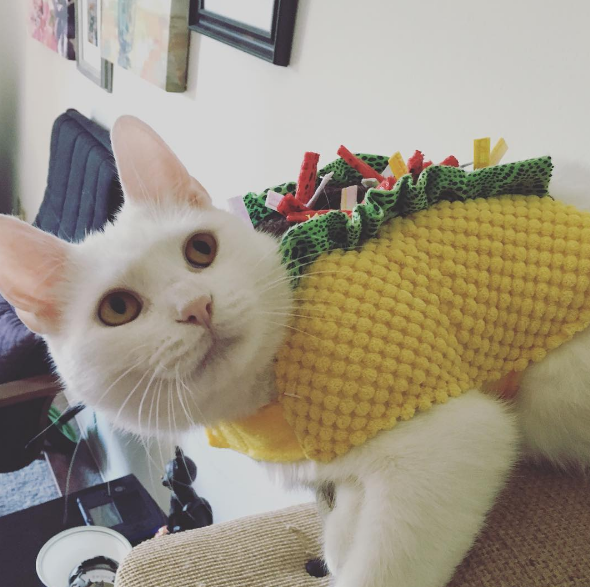 This year, we didn’t dress up for Halloween. But that doesn’t mean there weren’t any costumes in my house. My cats obviously really wanted to dress up so I couldn’t let them down! But trying to decide what to be was tough for them, so they got a bunch of costumes to try to figure it all out. Target, Meijer and Petsmart had the most fun costumes. But there are also some fun DIY ones in this post too!

With the help of Snapchat, Liberty dressed up as a feline having an identity crisis. Puppy? Cat? Are labels even necessary really?

Isn’t she scary dressed as a spider? Wouldn’t want to run this frightening feline in a dark alley at night. 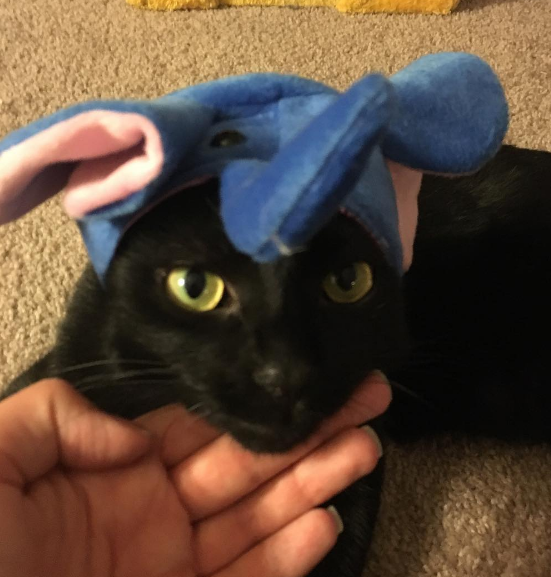 But he really plays the role well in this DIY E.T. look.

Once he ditched the hat, he really started to like this look.

Freedom and Liberty wanted to have one couples costume. Here they dressed as hamsters in a wheel.

Freedom is a very dapper cat, so it was only fitting that he try on a look featuring a tuxedo, hat and monocle.

Freedom and his pumpkin mini-me. 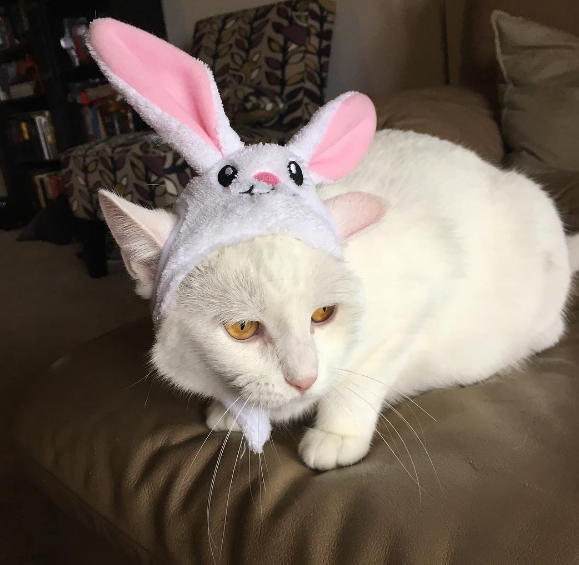 Since she naturally looks like a bunny, dressing up as one was pretty simple for Liberty. Just throw on a pair of ears and she is easily mistaken for a rabbit.

But the best look of all for both cats is Liberty dressed as BB8, with Freedom going as a member of the darkside.