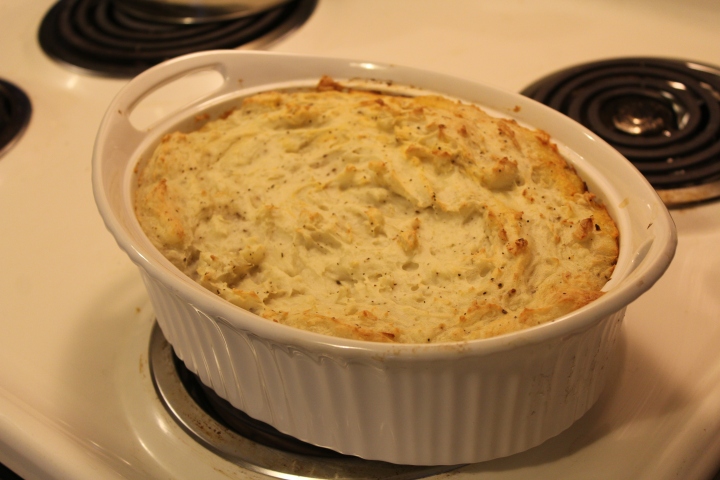 With brutally cold weather in the Chicago area, I’ve been craving comfort food. Something that really helps you get warmed up when the weather is frigid is shepherd’s pie, one of my favorite Irish meals. A stew-like dish covered in mashed potatoes — what’s better?

This was my first attempt at making this meal, so I did some research. I wanted to make something semi-healthy, and I also wanted to use turkey burger. I narrowed it down to two recipes, taking elements from each to make my own.

While it didn’t turn out exactly like I’d planned (going back and forth between two made things a little confusing, which led to the creation of something new), I made something a little different, and really tasty to enjoy on a 7 degree day — a tomatoey ground turkey shepherd’s pie.

To keep in the British theme, I drank a nice warm cup of English breakfast tea, which I picked up on my recent trip to Boston. 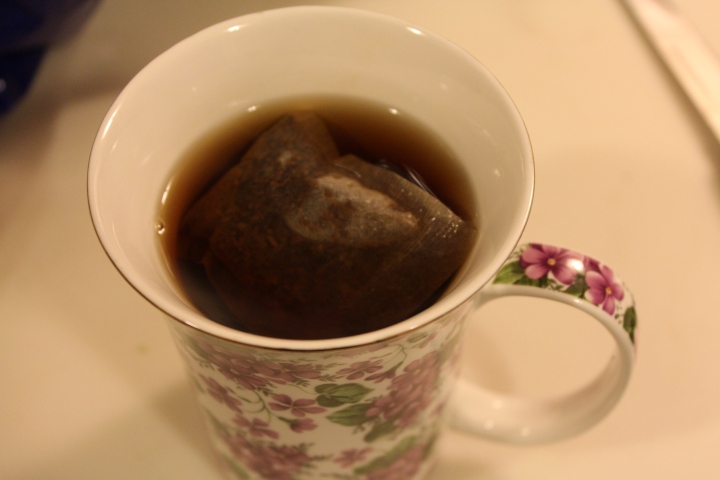 To start, peel your potatoes, slice in half and boil. Meanwhile, set oven to 400 degrees, and begin sautéing celery, dehydrated onion, carrots and olive oil in a large pot. Once they are soft and caramelized, add in ground turkey burger, stirring and cooking until meat is browned. Slowly add in tomato paste, parsley, salt, pepper, Worcester sauce and soy sauce, and bring to boil.

While the meat mixture filling is heating up, drain water from potatoes and mash, gradually adding in almond milk, butter, salt and pepper. I used my mixer to get them super whipped.

When the potatoes and meat mixture are finished, start adding the “filling” into your baking dish, spreading evenly throughout.

Then gradually add the mashed potatoes to the top until the pie is covered.

Place it in the middle of the oven and cook for 30 minutes.

And there you have it! A new and tasty twist on an old favorite dish — which my boyfriend named, “Stephanie’s pie.”

What’s your favorite shepherd’s pie recipe? If you try this one, comment below with your thoughts on it!