Matcha green tea was thought to have first been created back in the 12th century, and is truly an experience from the preparation to drinking it. The leaves are kept in the shade, then ground into a fine, green powder that provides a very strong green taste, according to Teavana.

Like all teas, matcha is rich in antioxidants (higher than that of blueberries and spinach) to boost the immunity, and catechin epigallocatechin gallate, which prevent and fights cancer. So not only is this beverage tasty, but you can take extra comfort in knowing that with each sip, your body is being nourished and cared for as well.

The Japanese have an elaborate matcha ceremony, using a tea bowl, and bamboo tea spoon and whisk to froth up the beverage. I didn’t have all of the supplies, but I made due with what I could use.

Being the big tea fan that I am, it’s kind of weird to me that today was the first time I’ve made matcha.

I’ve had it at coffee shops and enjoyed it, and my good friend and fellow tea enthusiast Clare La Torre got some for me a while back after stumbling upon it at an Asian market, but knowing it would be “a process,” I put off making it for a while. Regardless of whether or not I’m late to the matcha game, I’m glad I finally enjoyed some this afternoon.

First thing’s first: if your matcha comes in a little sealed bag, don’t rip it open! IT WILL GO EVERYWHERE. I was seeing green for a bit when I started the process, so next time I’ll cut it open with scissors instead. 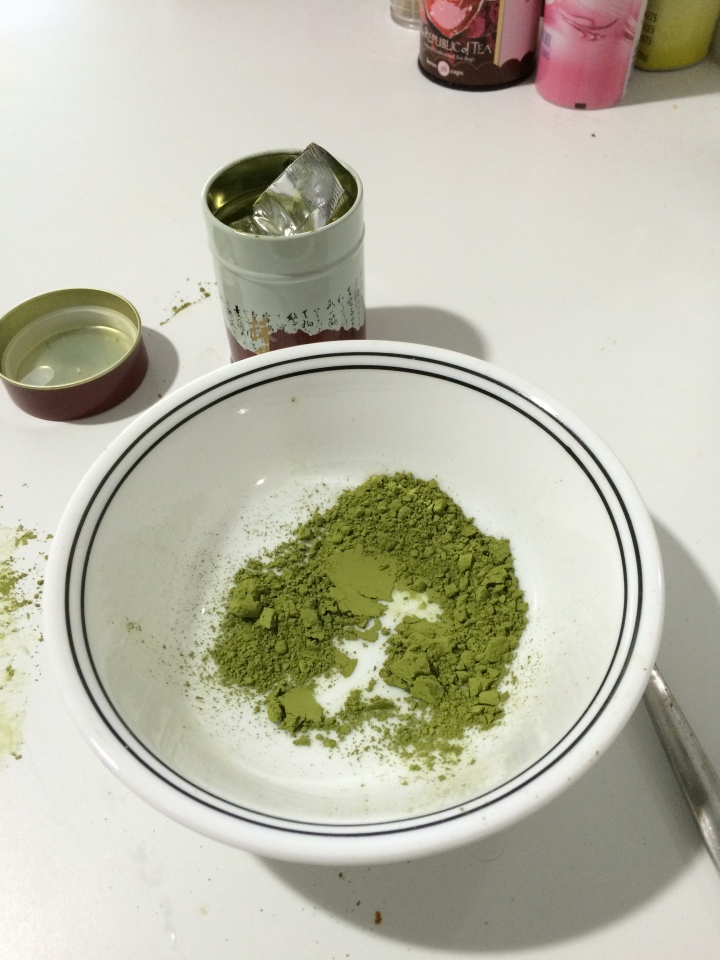 Once you get past opening the container, put about a teaspoon and a half in a bowl, and heat some water on the stove. Stir the powder around in the bowl to get rid of any lumps until it’s smooth. 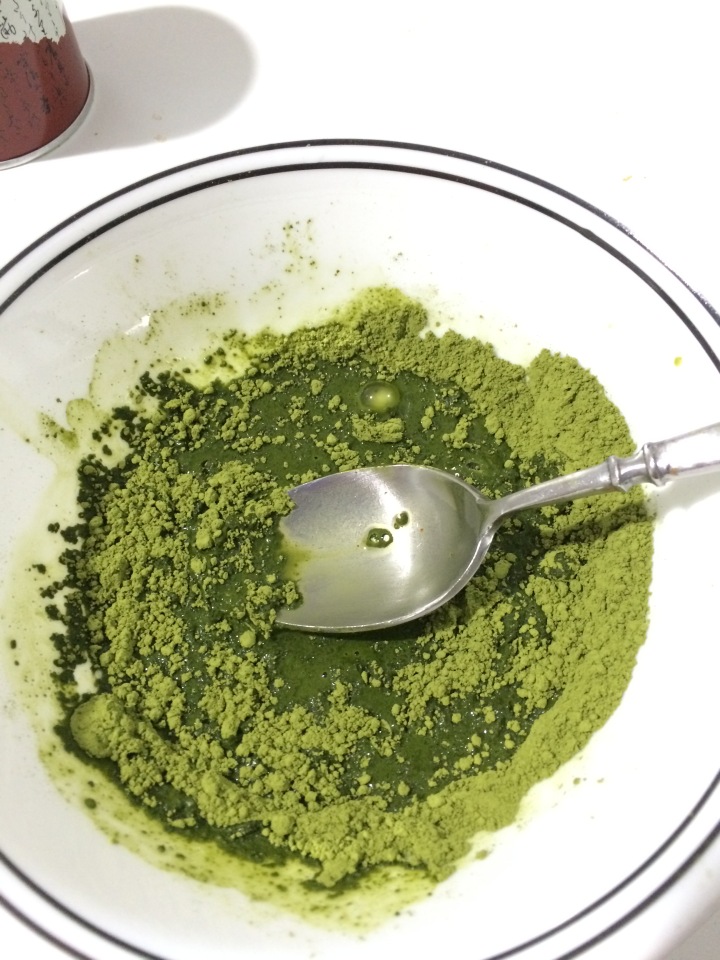 The tutorial I followed suggested turning the powder into a paste, so I did that. I’ve heard from others that this is not necessary, so it’s really up to the individual. At this point I added a hint of German Rock sugar to the mix and a small splash of room temperature water and began to stir.

After a while you’ll get this goopy green paste.

And whisk those cares away! Seriously, if you want it bubbly, you’re going to whisk for a very long time. Please ignore my messy counter and chipped manicure.

This was my finished product. Not as frothy as I’d had at cafes — I’m thinking I added too much liquid in ratio to the matcha powder — but it was still tasty regardless. At this point I just drank it right from the bowl, and felt really wonderful after. I don’t usually have much caffeine, but this green power-drink boosted my mood, made me feel good and kept me going strong throughout the day.

• Don’t rip open the bag of matcha if you are wearing nice clothes; really don’t rip it open at all or you’re going to have a big, green mess
• Add a little sweetener and milk to your liking
• Water shouldn’t be boiling, just hot (I read 175 degrees, but I estimated mine and it turned out fine)
• HAVE FUN! Making matcha is very therapeutic and enjoyable, and the entire process should be savored